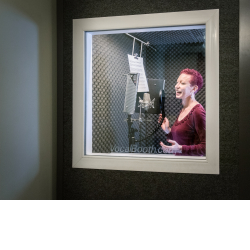 Liz Drury is a well-established voiceover artist working from a broadcast quality home studio. Trusted by companies large and small, at home and abroad, Liz is the perfect choice for corporate, commercial or e-learning projects, and everything in between! Easy on the ears and easy to work with. 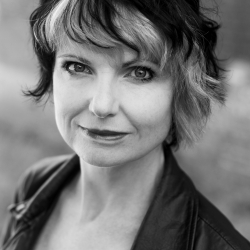 Clare's warm voice coupled with her cool, confident delivery style and many years of professional Voiceover experience; make her the perfect choice for a range of TV and Radio Commercial, Corporate and narration projects. Her professional studio is equipped with ISDN and Source Connect.

An integral part of London's advertising, television and movie-making industries since 1983.

Voice Over Artist with Studio London

Neil Williams, professional voice over artist with over 15 years experience and own studio.

UK, London based female voiceover with own recording facilities

Dian Perry Based in London

A versatile American voice over based in London. From deep and smooth to a stunning array of charact

The reaction of most people is Oh!! I always wondered to whom that voice belonged." That describes â€¦

Cutglass is a voice agency and voice showreel production company, located on the stunning Jurassic â€¦

Matinee Multilingual are one of the UK's leading low-cost voice over agencies.

Michelle is a British Female Voice Over Artist. Her native British voice has been described as frieâ€¦

Based in Soho, London we can provide you and your clients with professional voice over artists.

Talent: Looking for Presenter Jobs? Producers: Find the talent YOU need on our database.

At Red Facilities, we manage a database of highly talented voiceover artists.

Ian Bellion Based in Worcestershire

Versatile voice over artist with over 30 years in the broadcasting business. Available for narration

The place to find great curated British English male and female voice overs from our pool of talent.

Another Tongue. Central London based agency supplying voice over artists for TV and Radio campaigns.

Richard Cadbury is a professional and highly experienced voice-over artist.

Highly experienced voice talent, based in London, available for studio sessions, or by ISDN, MP3, WA

Voice over agency London. Need a voice over or voice actor? Inter Voice Over is Europe's leading voâ€¦

Set up in October 2002 to provide young voices aged 4-24 years for radio and TV commercials, documeâ€¦

A dynamic agency addressing the demands of an industry that has evolved and developed. We offer the highest...

Diana Luke Based in Yorkshire

Gina Mellotte is a UK based voice over artist - working for TV, Radio & Corporate clients in the UK

A British Male Voiceover Artist and Actor with a neutral / northern tone.

Dan Lee is an English voiceover artist working for clients UK and worldwide.

Assured, Friendly, down to earth and sincere British Male voice over, voice artist and voice talent.

I provide professional male voice over for all niches.

I am a model, voice artist, actor and have doubled for Morgan Freeman and Billy Ocean.

At United Casting we pride ourselves on the fact that our extras are both reliable and enthusiastic....

The voice for narration, fiction and non-fiction audiobooks, and much more. Warm, confident, reassur

I am a young actor based just outside London with lots of professional experience.

UK based, professional Canadian voice over artist and radio presenter with a rich, deep voice.

One of the UK's leading voice-over artists, with own recording studio, or available via ISDN.

A leading UK voice agency with a prestigious and established client list. We are proud to represent

A French actress/singer based in London. View credits, photos, showreel.

I am an actress based in the North West but am willing to travel. Playing age: 15-24

Marcus Hutton is a British voice over and actor with many national TV and radio credits. Available f

Lucy Hunter - James is a name, face and voice top look out for. She has been tipped for the top by a...

With over 15 years experience of voice-overs, Sarah has covered just about every area of voice-work

David Vickery is a London based voice-over with broadcast quality home studio and ISDN.

One of the UK's leading suppliers of background artistes.

Our voices are a splendid collection of some of the finest actors, broadcasters, comedians, DJs, imâ€¦