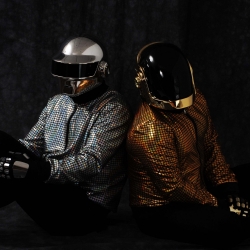 Robot Rock will bring the wow factor to corporate and private events that will have guests wondering if they are the real thing. Live electronic instrument performance and light show that will spellbound the crowd 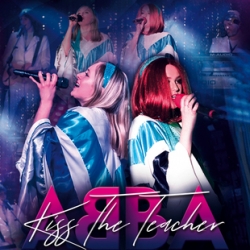 4 piece ABBA tribute show with 100% ABBAtraction! The most partilicious tribute to the fabbatastic Four, We are available across the UK for all types of events / venues. 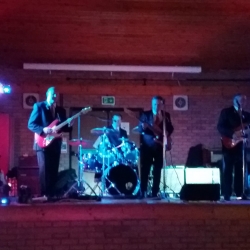 Your band, act, or business here?

Don't miss out on the chance to see Amy's Winehouse tribute act perform at a venue near you!...

Ultimate 40 coming at you live and direct UB40 tribute act with a modern twist.

A fantastic Tribute show to the one and only Lady Gaga!! Northwest based available across the UK

Michael BublÃ© tribute act and judge of BBCâ€™s All Together Now!

JK as Robbie Williams tribute available for any event worldwide. Recognised by Robbie himself.

Could it be Manilow Derbyshire

Barry Manilow Tribute Artist - As seen on ITV's "Stars in Their Eyes".

A fabulous and sincere tribute to the king

Still the best and most respected ABBA Tribute Show around, with original members still together since...

One of the UK's top tribute artists not only to Neil Diamond but also to The Rat Pack and swing era.

An authentic and dedicated tribute to Ska, Rocksteady and 2-tone

U2-360 The Ultimate U2 Experience West Midlands

The moment the show opens you will believe you are watching and listening to U2!

A Fantastic Tribute to Abba without the need for Benny and Bjorn, this professional duo come highly recommended...

JOHNNY2BAD performs a tribute to the music of UK Reggae stars UB40 with their Dazzling live shows.

Celebrating the music of Frankie Valli and the Four Seasons.

The Impersonator that actually looks & sounds like Sinatra at his peak! Professional, Reliable, Witâ€¦

Universally Recognised as The Voice of Neil Diamond in the UK, This Act is The Best In The Business

"UK's Top Tribute To Bon Jovi" - the closest most Authentic show to Bon Jovi you will ever see!

Performed by the cream of the London's West End.

Firmly established as one of the UK's leading and most authentic ABBA tribute acts! Covering all...

Carmel Hunter as seen on Stars in Their Eyes, has been voted Britainâ€™s Favourite Tribute Artist.

The Beach Boys Inc are 5 professional musicians, who have perfected their craft having been members of...

The Olly Factor, A tribute to Olly Murs Greater Manchester

The UK's most authentic Olly Murs. Mark Andrew Smith has THE VOICE, THE MOVES, THE CHARACTER, THE ..

ABBA Tribute band that perform all over the UK and abroad.

A Night On The Town With The Rat Pack London

The Bohemians re-enact the glory days of Queen including the Craziness of the 70â€™s and the Magic...

Super Trouper are the South's most popular tribute to ABBA. Performing all of ABBA's greatest hits.

UK and Europes No 1 tribute show to Kylie Minogue now in its 12th year running.

The Blues Brothers They'll never get caught. They're on a mission...from God! All the way from Chica

Andy's RAT PACK SHOW Start your evening with a swing, All the hits â€œCome Fly With Meâ€,...

Lionel Richie tribute show. One of the most popular Tribute Artists around.

A tribute to the Stone Roses -The Stoned Roses are the real deal perfecting the sound, look and feel

Supersized Tribute to Take That

The Look, The Voice, The Attitude ~ Simply The Best Robbie Tribute Act in the UK. Call Now To Book!

A Tom Jones Tribute and NO 1 Celebrity L Prestatyn

Money For Nothing Cardiff, Wales

Europes premier Dire Straits Tribute Band. Based in Wales but performing Worldwide. Check out the Website...

BlondDee is a Blondie tribute duo based in London and consist of exceptional musicians with extensive...

The UK's premier live tribute to Freddie Mercury and QUEEN. Hit after hit, anthem after anthem

The definitive tribute to Noel Gallagher's High Flying Birds...a tribute not to be missed.

One And Only Adele Tribute Act Wiltshire

You Will Hear All The Hits That Everybody Knows And Loves From UB40 From The Last 40 Years .

Charlotte Hale presents the award-winning Tribute To Adele. Amazing show for all the family.

The greatest tribute to the greatest rock and roll band in the world.

The worlds first Tribute to the Black Eyed Peas established 2009. The PeaZ have performed worldwide

Mamma Mania! Is an impressive tribute to That distinctive Abba Sound. Performed either as a Duo or..

I am a John Lennon lookalike and a tribute dj.

The Eagles Songbook is performed by Little Eagle and is a tribute to The Eagles..

Michael Buble tribute act based in the North West, travelling all over the country to deliver a stuâ€¦

Amazing Performer - the closest thing to the mega-star himself!

Shaun.e.b offers The UB40 Tribute show & The Reggae Legends show or a combination of both.

The 4 Stations is a vocal quartet and an Il Divo Tribute Act.

The No.1 Robbie Williams Tribute. A must for any party.

After Midnight are the world's No1 Eric Clapton tribute band, also known as Classic Clapton.

Kerry Miller's portrayal of the Queen of pop is truly remarkable and authentic in every way.

Alex Miller-One of the best Neil Diamond Tribute Acts in the UK.The show takes you back to ...

All You Need Is The Beatles Wiltshire

All You Need Is The Beatles is an experienced Beatles tribute band based in South West England.

With 12 years experience Chris has become one of the leading UK Elvis tribute acts.

One of the UK's most highly endorsed UK ELvis tributes, with appearances alongside many major artistes,...

From The Other Side a tribute to Adele Leicester, Leicestershire

Female vocalist, singing classic from 60's to current. And doing a tribute to Adele

Abba Illusion. The most realistic Abba show You'll ever get to see. Four piece Abba Band.

Edward is a professional tribute to Michael Jackson that has been seen all over the UK and beyond.

Fake That - The No.1 Take That Tribute Band

An established Elvis Impersonator since 2004, Chris shows the magic and essence that was Elvis.

Elton and the Jets London

Elton and the Jets are a band of experienced musicians recreating the music of Elton John. This band...

If you are looking for a fantastic Tom Jones Tribute Act that's exciting, high quality and superb ..

Bill Bennett is a quality crooner whose impersonation of Dean Martin is second to none!

The One and Only Rat Pack Show South East UK

A simply superb tribute to Frank, Dean & Sammy that captures the music, the memories & the mischief

Top International Lady Gaga tribute LisaGoesGaga, Avaliable solo or with up to 6 dancers.

The Official UK No: 1 Rat Pack Tribute show as voted by The Agents Association of Great Britain, comes...

Award winning, Globally acclaimed, and endorsed by The Presleys themselves ! He will blow you away !

One of the UK's HOTTEST Blondie Tribute Bands - based in Cardiff, Wales - performing worldwide.

The most remarkable performance and singing resemblance to Frank Sinatra.

A BOTTLE OF BRITPOP Midlands

Where were YOU while we were getting high? A new solo tribute to the 90's sights and sounds

THIS FANTASTIC SHOW comes in several different formats. AND CAN BE TAILORED TO YOUR NEEDS

Roxy Musique is a group of accomplished musicians with over two hours of repertoire to draw upon.

A Tribute Story To The Carpenters Hull

A Tribute story to the Carpenters using large screen as rear projection and outstanding vocals from Laurena...

Wake me up before you go go, Faith, Amazing, I'm Your Man, Freedom 90, Club Tropicana, and more!

One of the UK's longest tributes to Michael Buble since 2008, Steve has been wowing audiences both â€¦

I am a female tribute artist to lady gaga, katy perry and shania twain. I am also a cabaret artist

The Upbeat Beatles are in constant demand to perform at THEATRES, CORPORATE EVENTS and PRIVATE PA...

UK's no.1 Elvis Presley Tribute The City of Brighton and Hove

Danny Roman has quickly become established as one of this countries finest tribute acts.

Performing all of Gary Barlowâ€™s and Take Thatâ€™s biggest hits. A night you will "never...

A Date With ADELE - The Tribute Show Hinckley, Leicestershire

The Ultimate Tribute To ADELE by Joanne Copeman

Joel has been performing as Elton John since 2008. As an accomplished pianist and talented singer he...

The Simon Howard Tom Jones show is like no other. He is Sir Tom .

In The Shadow Of Elvis Norfolk

In The Shadow Of Elvis is a spectacular tribute show to The King Of Rock 'n' Roll.

Debbie Harris, lead vocalist of Bootleg Blondie, has the looks,the voice and the attitude of the original...

Tony Tyler The City of Brighton and Hove

Always engaging and interacting with the audience, it will be a night to remember!

The 90s tribute band who cover all the bases - Dance classics, to indie anthems...

TJ Kane a tribute to Tom Jones. With his soulful, powerful voice TJ Kane delivers hit after hit with