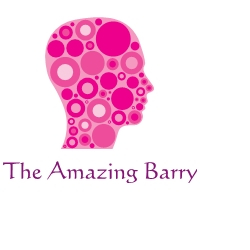 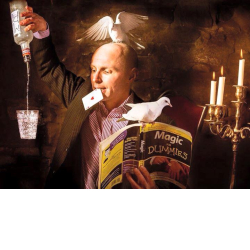 Multi-talented magician who performs amazing and amusing tricks either in close-up situations or in a cabaret or stage environment.

Mind reader at parties, weddings & all manner of interesting events.

Martin's magic is like no other, he has achieved The Magic Circle's prestigious and coveted award of...

Luca Volpe is one of the most requested mentalists for corporate and private events in the UK and...

Eccentric magicians with a psychotic twist.

The entertainment options that David offers include close up magic.

Spelmann is considered one of the best mystery entertainers in the UK. Combining his expertise in Illusion,...

Ming Da is an award-winning international Magician with a witty and fun-loving personality.

Duncan William is a children's entertainer and close up magician who also specialises in tarot an...

Two Men Without Assistance is an award winning comedy magic act that has wowed audiences across E...

Bryan performs the most popular form of magical entertainment in the UK today. Bryan is a full time

Performing at weddings, private parties and corporate events as well as charity organisations.

Stuart is a magician specialising in close-up magic. He has 8 years experience in this line of work.

Legerdemain Magic Based in London

Kris Krendo is a member of the most prestigious a magic society in the world the Magic Circle.

Spelmann is considered one of the best mystery entertainers in the UK. Combining his expertise in Illusion,...

Comedy Magician Alex Lodge is suitable for all audiences worldwide.

Experience some superb close up magic and slight of hand with Darren. Be prepared to be amazed and b

Mind reader or conman. You decide.

Professional magician and mind-reader with a mixture of traditional, modern and psychological magic.

Tom Wright is a close-up magician based in Sheffield.

Close up magician David's unique style ensures that your guests will cherish their memories of ...

Carl Royle is one of the UK's leading magical entertainers. His magic is stunningly visual and ...

Magician and Mind reader. Close up and stage show. www.edwardcrawford.co.uk

Book an American magician who performs a magic show with technology, mind reading, and comedy

"The UK's most sought-after close-up and cabaret magician"

Don Moses is one of the UK's leading stand up comedians and close up corporate magicians.

Steve Drury is performs and experiments with many aspects of the psychological and unusual magic.

Will entertain your guests at any social event using Sleight of hand and Misdirection to entertain.

A charming and hilarious magician with a truly world-class show.

Billy Kidd is a female magician who can entertain with walk about/close up magic or a stage show.

Atlas's unique style of mind reading mixes psychology and body language inference with his quick and...

Christoper is a professional close-up magician whose speciality is wowing your guests...

Mingling with your guests, Gerry will astonish and amuse with cards, money, pens, novelties even ...

A professional magician and entertainer, performing at events such as corporate events, trade sho...

Britain's most baffling mindreader. The man you can't keep out of your mind.

Bernie - Magic at your Fingertips Derbyshire

I can add magical memories to your event. skilful sleight of hand magic to amaze and amuse.

Kennedy: Mindreader At Corporate Events Across The UK

According to chocolate giant Mars, Kennedy's show is "perfect after dinner entertainment".

Jack is one of the top close-up magicians for magic that is close-up, unbelievable and unforgettable

The Secret Museum is an adult-only spook show featuring a collection of unique artefacts that seem..

Darryl is one of the busiest and most respected magical entertainers in the UK.

Ed is a professional magician in Hampshire, with over ten years’ experience in entertaining people

Blending the close-up approach of a traditional magician with the fascinating art of mind-reading.

The Art of Illusion United Kingdom and USA

World Class Award Winning International Illusionist, and member of The Magic Circle, with over 25 ye

Are you looking for an entertainer who can delight, amuse, and make any event magical, whether it is...

100% positive feedback. Got talent semifinalist, most live TV of any Norwegian Magician in history.

Professional, Award-Winning Magic that will leave your guests stunned and baffled.

Close up sleight of hand illusionist and performer of mental mysteries.

Magician Josh Maddocks has over 10 years performing experience. book for your event today!

Close Up, Cabaret or Stage. You may have watched this sort of stuff on TV and asked yourself: Can this...

Astonishing Close Up Magic & Mind Reading That Will Astound & Amaze. Perfect For Any Occasion!

Having been invited to perform at Buckingham Palace, for Celebrities, Blue Chip companies and on ...

Miracles under your nose! Close up magical entertainment to WOW!

Ben is one of the UK's busiest Mentalists, performing at every function there is. He is in such h...

The Power of the Mind show Tyne and Wear

A 40 - 60 min performance of mentalism with the emphasis on humour and audience participation. UK

Close Up Magician specialising in Weddings, Parties, Conferences and Functions.

Close up magician specialising in the wedding and corporate sector.

A Victorian Gothic Wraith will enchant you. Perfect for Steampunk, Paranormal and Halloween events.

The UK's Only Brother & Sister Illusionists