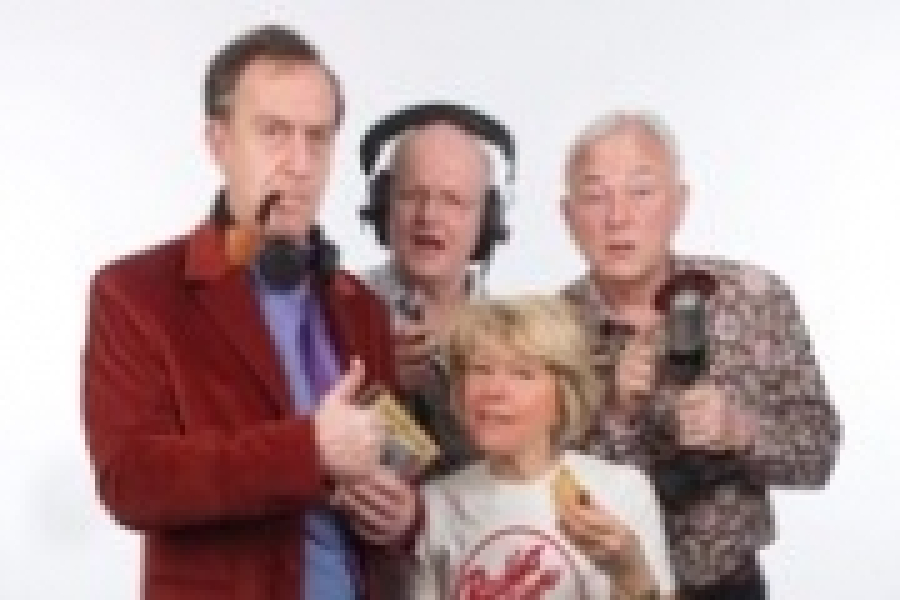 Britain’s first ever national local radio station Radio Active is set to embark on a national tour in spring 2018. The original cast including Angus Deayton, Helen Atkinson Wood, Michael Fenton Stevens and Philip Pope reunited in 2016 to perform two of their classic radio scripts live at the Edinburgh Fringe, and following their hugely successful run, are now taking the shows on the road.

Based on the sketch show created during their years in the Oxford Revue, Radio Active was originally written by Angus Deayton and Geoffrey Perkins (this show is dedicated to him).The show was then adapted for BBC Radio 4, and ran for 53 award winning episodes across 7 series between 1980 -1987. The show later transferred to BBC Two in the form of KYTV, and now comes to you live at venue near you.

Among other classic characters expect to catch up with long suffering radio host Mike Channel, original foodie Anna Daptor, and the accident prone Martin Brown, as well as the cast’s original musical creations, responsible for such parody bands as The Hee Bee Gee Bees and Status Quid.

Angus Deayton is best known for hosting the first 23 series of BBC One panel show Have I Got News For You, along with the first 3 series of Hell's Kitchen and Would I Lie To You. He's also presented the BAFTA Awards and Comedy Awards, and starred in sitcoms One Foot in the Grave, Pramface and Nighty Night. More recently he's appeared in Waterloo Road and Bake Off: Creme de la Creme.