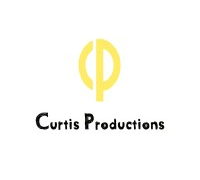 Curtis Productions provide their own very own tailor made shows & entertainment for any event.

It is the creative partnership of Adam & Sharlie Curtis. They honed their expertise starting out as individual performers then combining their skills to emerge as production executives with a wide spectrum of performance that was primarily gained through theatre productions

The Livertones - A journey through Harmony

The Livertones are an accomplished vocal trio
Their versatility as 3 leading men is sensational as they perform songs through the decades, taking the audience on a journey through harmony, They perform songs from iconic harmony groups such as The Temptations, The Drifters & The Four Seasons to more contemporary artists such as Sam Smith, Ed Sheeran and Bruno Mars. The boys have been compared to The Overtones and Britains Got Talent winners Collabro with there theatrical vocal arrangements. They have now introduced more classically written songs such as Bring Him Home and a medley from The Critically acclaimed movie The Greatest Showman which is wowing audiences nightly

Critically acclaimed singers who have performed Worldwide from New York to the Albert Hall and performed back up for major recording artists.
Combine styles, talent and drive to perform epic numbers with unique original diva style arrangements.

Exquisite vocals and tight harmonies , bring to life the rise and fall of Frankie Valli & The Four Seasons We present a show that tells the chronological story behind the "Jersey Boys" sound

Filled with singalong hits, Big Men In Town is a world class experience available at your chosen venue. Young, dynamic and talented; the cast are a guaranteed hit with audiences of all ages.
Immaculately costumed the boys offer a show that faithfully recreates the sound that has been the soundtrack to our lives for over half a century. Big Men In Town is an exhilarating revue of the best of Frankie Valli and the Four Seasons, presented as a live all-singing, all-dancing fully-staged show that has impressed audiences throughout the UK and afar.

A Fantastic Tribute to The Chart Topping Girl Band Little Mix. Featuring Outstanding Lead Vocals, Close Harmonies and Choreographed Dance Routines by 4 extremely Talented Vocalist/Dancers
This High Energy Show consists of all their chart topping Hits such as Shout Out to My Ex, Power, Black Magic and More.

Absolute 90s nostalgia
Viva 4 Ever emulate the latest line up of the current world tour of the Spice Girls
From corresponding costumes and characteristics
Filled with singalong hits, Viva 4 Ever is a world class experience available at your chosen venue. Scary, Baby, Ginger & Sporty are a super talented cast and are a guaranteed hit.
With giant personalities, British accents/dialects and platform shoes, these four girls deliver
Tweet 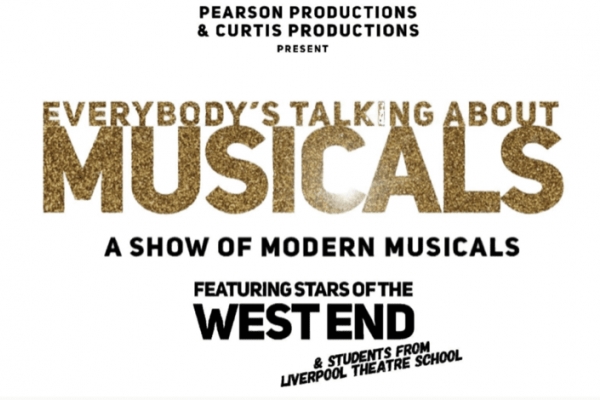 Show: Everybody’s Talking About Musicals Event: Liverpool Theatre Festival 2021 Location: Bombed Out Church, Liverpool Date: Saturday September 4 2021 Time: 18.00 Running Time: 75 Minutes Age Rating: 10+ Performers: Marcus Collins, Chloe Taylor, Craig Ryder & Gillian Hardie Production Companies: Pearson Theatre Productions & Curtis Productions This is our theatre review for Everybody’s Talking About Musicals at Liverpool‘s Bombed Out Church. Now, this is the fIFth show of Liverpool Theatre Festival 2021. So, let’s take a look at Everybody’s Talking About Musicals! Everybody’s Talking About Musicals Background Pearson Theatre Productions and Curtis Productions come together for the very first time. So, they deliver a truly wonderful evening of musical theatre entertainment. Now, this provides some fantastic stars from major West End shows. These include SIX The Musical, & Juliet, Kinky Boots and Mamma Mia. There’s also some top-level local theatre stars and future talent from Liverpool Theatre School. All of those within the show can’t wait for this performance which will be vibrant and electrifying. Furthermore, we might even get to do the Time Warp (again)! Analysis The show is a treat from start to finish, with the four singers being a primary reason. Indeed, each of the vocalists have very powerful and confident voices that allow them to display their range of talents. So, the show features Marcus Collins, Gillian Hardie, Craig Ryder and Chloe Taylor. And all of them have their moments to shine under the night sky at the Bombed Out Church. Furthermore, the show has incredible dancers in Annie Winstanley, Laykin McPortland, James Wilson and Stephen Connor. The additional support of dancing graduates from Liverpool Central Studio is also a highlight of the production. So onto the soundtrack, as this has plenty of recognisable numbers. Amongst the shows that the songs come from are Wicked, Bat Out Of Hell, We Will Rock You and Mary Poppins. Each musical number features a very energetic and enthusiastic performance from the dancers. In particular, Marcus Collins gives a very sassy performance from Kinky Boots. Meanwhile, Chloe and Gillian would deliver great performances of tunes from Mamma Mia! and The Greatest Showman. On a personal note, I was moved to tears by I Had The Time Of My Life, with a brilliant dancing performance from Annie and James; this would, of course, include the iconic lift from Dirty Dancing. There was also a fabulous duet from Gillian and Chloe singing Tell Me It’s Not True from Blood Brothers. And we would finish with The Time Warp, with the audience joining in with this catchy routine. Summary If you love your modern musicals, then this is the show for you. Furthermore, I believe the majority of the artists would only have two days of rehearsal. All of which makes this even more impressive. So, this show was totally amazing, and the audience would love it with vigorous clapping and cheering throughout. Everybody’s Talking About Musicals Notes Target Audience: 10+ Content: Mild Sex References Recommendation?: Yes Overall Rating: 10/10 – Excellent

If you love your modern musicals, then this is the show for you.

If, like me, you’re mad about musicals, “Everyone’s Talking About Musicals” is the perfect antidote to the humdrum of everyday life, a feel-good elixir that lets you escape reality and become submerged in the wonderful world of musicals – if only for a brief interlude.

From the minute the lights went down and the first couple of notes started, the magic was there. The show burst to life and it continued to impress and wow us right through to the very end. North West End UK Rating: ★★★★★