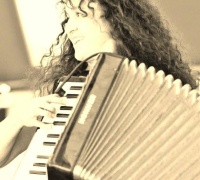 Sheena grew up in Ludlow and started her career as a jazz vocalist after moving to London to become lead vocalist with the National Youth Jazz Orchestra in 1994 - 97. She went on to become a backing vocalist and session singer for some famous names including Van Morrison, Garbielle, Gilbert O' Sullivan, Justin Haywood and Lisa Stansfield.
She forged a successful career as a UK Jazz singer and pianist, with three albums released under the 'Jazzizit' label, Smile, Young At Heart and Matchmaker, she was the labels biggest selling artist.

Sheena toured extensively with her band and won several awards including the Daily Express 'Tomorrows People award with a feature in the paper, The Leicester Mercury award for best gig in 2004 and Marlborough Jazz Festival award for best festival gig of 2006. She is also featured in the Who's, Who of British Jazz & The Penguin Guide to Popular Music.

Sheena retired from full time music in 2007 when she became a mother. She taught singing, ukulele, recorder, art and drama in schools. She performed with her husband, sister and brother in law in the folk band The 'Circlelines' untill 2016 when her husband passed away after a short battle with cancer. She is now rebuilding her life working as a solo musician and currently writing songs for a new recording project. Sheena is establishing herself as a very good Handpan player, one of the few in the country.

Sheena has a huge repertoire of music for solo piano/vocals which is ideal for background music, ambience for weddings and many other types of events. Sheena is also an accordion, ukulele, and Handpan player and so can intersperse her sets with traditional folk music from all over Europe. 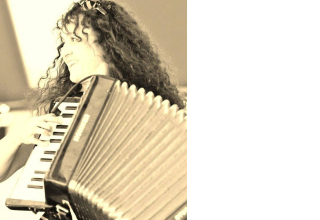