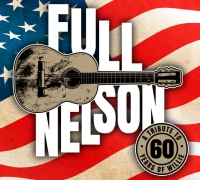 A tribute to sixty years of Willie Nelson.

Willie Nelson is without doubt one of the most recognisable figures in Country music in the world. Together with his â€˜familyâ€™ band Willie has scored mega hits, both singles and albums on both sides of the Atlantic. Not only has he dueted with many huge names in music, he has written, and continues to write,songs for himself and others over decades, that stand the true test of time.

With Gary Luntley up front with a convincing and compelling take on Willie, Full Nelson recreates the might, phenomena and legend that is a Willie Nelson live show. Not only sound-alike but look-alike, this full live band pays homage in true splendour playing hits and album tracks spanning Willieâ€™s six decade career. With full harmonies, wailing harmonica, Hammond stabs and of course, Willieâ€™s unique playing and singing style, no Willie fan will be disappointed.

Hits like â€˜On the Road again and â€˜Always on my Mindâ€™? We play emâ€™. Live duets with Merle Haggard and Waylon Jennings? You get the picture.
Being born in Scarborough, North Yorkshire, doesnâ€™t seem the most likely starting point for a country musician playing and singing like Willie Nelson, but then you could say that Scarborough has probably produced more outstanding musicians of all kinds than anywhere else of its size in the land.
Gary is happy to be on the road again with FULL NELSON. Itâ€™s a chance to salute an absolute icon, who at the time of writing is still relentlessly touring, writing and performing in his eighties!
Garyâ€™s favourite instrument is the lap steel guitar, and he once toured with Larry Butler, Willieâ€™s friend from Texas USA, singing Willie songs at the Glasgow Opry!
Tweet 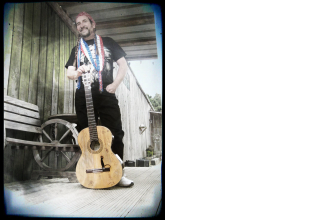