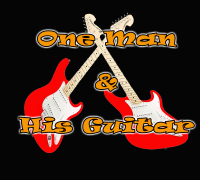 Nick James is a seasoned professional with over 30 yearsâ€™ experience. Nick James is fully self-contained offering a versatile & flexible performance to suit your needs.

Nick James is a seasoned professional with over 30 yearsâ€™ experience.
Paying tribute to some great artistes & in their own style recreating a nostalgic trip through the sixties & seventies with hits from the Shadows, Buddy Holly, Elvis, Roy Orbison, Status Quo, Neil Diamond, The Eagles, Queen, T Rex & many more incorporating audience participation & sing a longs
Nicks fabulous guitar playing also features with a tribute to some of the worldâ€™s greatest guitarists, Eric Clapton, Carlos Santana, Mark Knopfler (Dire Straits), Gary Moore just to name a few.
Added to this is Nickâ€™s floor filling party hits section for everyone to enjoy giving you a versatile full & fun night for all.
Nicks story so far: Aged 12 his career began as a drummer playing in local bands in & around Kent. In 1990 Nick turned professional performing on various ships & then throughout Europe performing for the armed forces.
In the year 2000 Nick moved over to the guitar quickly establishing himself as a guitar/vocal entertainer performing holiday camps, clubs & corporate functions.
After a successful tour of Ibiza Nick settled on the island of Cyprus for 12 years. Now back in the UK Nick looks forward to meeting more wonderful people performing in some great venues & continuing his fantastic adventure.
Nick James is fully self-contained offering a versatile & flexible performance to suit your needs.
Contact Nick nickguitarman@outlook.com