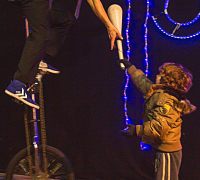 Frumpid performs a mix of juggling, unicycling and slapstick humour with a dash of silliness thrown in for good measure.

Frumpid Stumplestone, or Stumpy for short, has performed in nearly every type of venue, from street corners, stadiums, festival fields, theme parks and cruise ships and never failed to raise applause.

With over 20 years of experience of throwing things in the air and falling over, he has worked for all sorts of clients, from village community projects and local business groups to Microsoft, Sky and Ferrari.

During 2012, he was chosen to accompany the Olympic Torch Relay, on behalf of Lloyds TSB, and tour alongside the Olympic flame, he travelled the length and breadth of Britain, warming up the crowds before the torch-bearers arrival.

And yes he did balance an Olympic torch on his chin!

He is available for performances, walkabout entertainment and as a compѐre.
Suitable for parties, festivals, weddings and corporate events.
Tweet 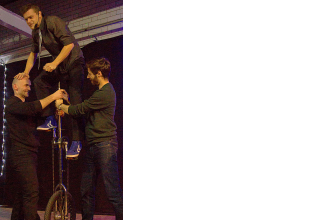