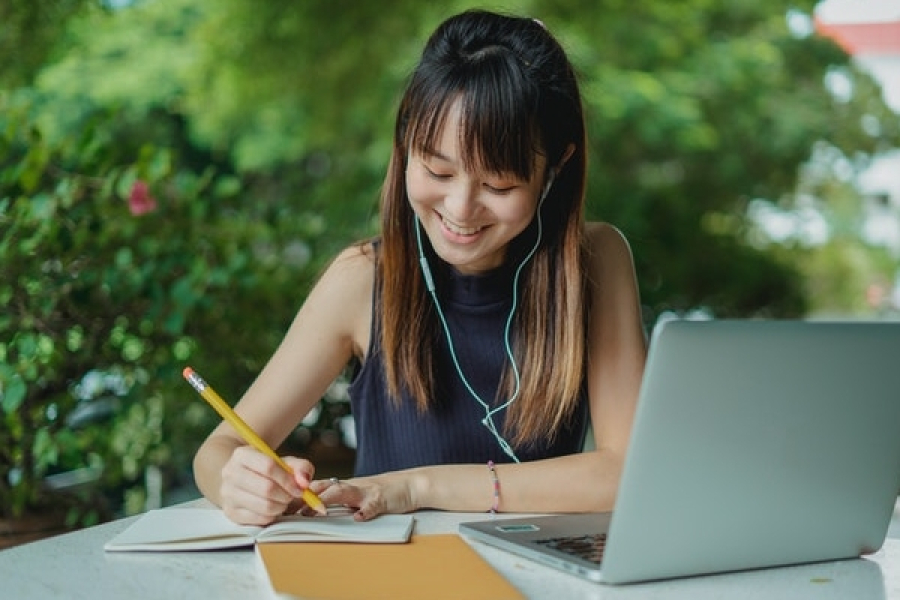 🎶 Of the 100,000 songs analysed, lo-fi, instrumental beats came out as the most popular with the number one spot going to ‘Affection’ a lo-fi song by producer Jinsang, which appeared in 53 of the playlists that we analysed, with the song racking up over 66 million plays.

🎵 However, there are still some tracks from mainstream artists in the top 20, including ‘drivers license’ by Olivia Rodrigo, which holds the record for the most Spotify plays in a single day, as well as Indie anthem Sweater Weather.

📻 K-pop boy band BTS came in the top place, which is no surprise considering their phenomenal global following of dedicated teenage fans who are likely to feature the band on their studying playlists.

🎼 Second and third places on the list go to anonymous artists creating music purely for the purposes of studying and relaxing on Spotify: the Einstein Study Music Academy and Sleepy John, a channel composed solely of white noise and weather and nature sounds.

The ideal tempo for studying

Of the 100,000 songs analysed, the average BPM came in as 112. That works out at about one beat every half a second, and in musical terminology would fall in between andante (at a walking pace) and moderato (at a moderate pace).

“Music can be very beneficial for studying, as it allows students to create the right mood, relax and destress, improve focus and reduce boredom over long study sessions. In fact, listening to Mozart has even been suggested to help memorisation.

“The general wisdom is that the best songs for concentrating are atmospheric, ambient sounds. Therefore, it’s no surprise to see lo-fi beats come out on top as the world’s favourite studying songs. On the other hand, some students seem to be able to remain focused listening to popular artists such as Olivia Rodrigo, BTS and Taylor Swift, whilst others may prefer to work in silence to avoid any distractions.

“Although every student’s preferences are unique, we would recommend listening to songs without lyrics which allow you to focus on the task at hand, whilst blocking out any external distractions. The key is background music, keeping the volume at a low level and choosing songs which you don’t have strong feelings about, in order to stay focused and productive during study sessions.”

You can view the research in full by clicking here.

You can also listen to the playlist on Spotify here.

You can view the research in full here: https://edubirdie.com/blog/popular-songs-to-study-to